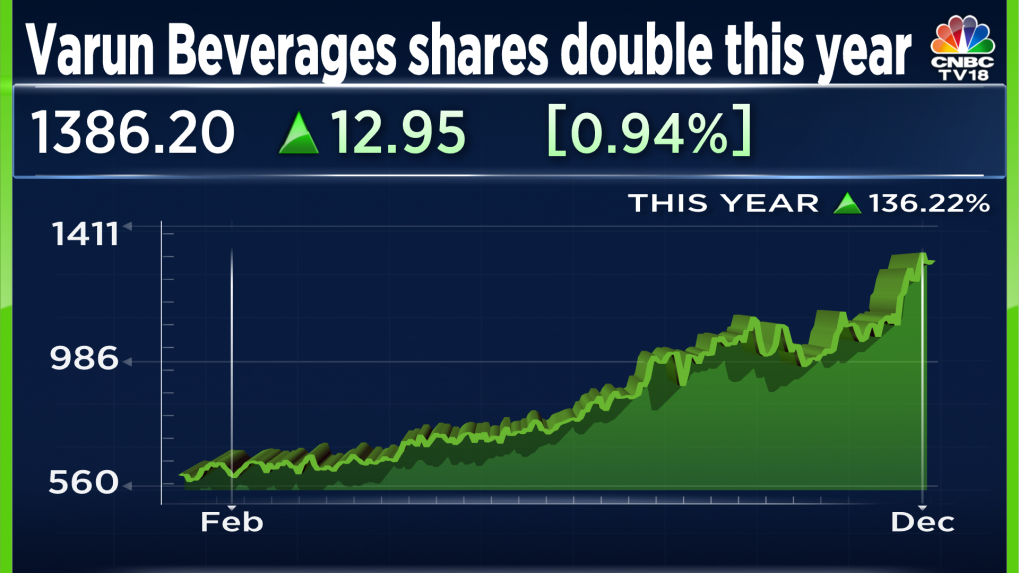 Since its listing in 2016, shares of Varun Beverages have delivered positive returns to shareholders every year.

The gain in Wednesday’s session lifted Varun Beverages’ market capitalization to Rs 90,531 crore, higher than Godrej Consumer’s which is just over Rs 90,500 crore.

Shares of Varun Beverages have more than doubled this year, rising by as much as 124 percent. The stock has significantly outperformed the Nifty FMCG index, which has gained 14 percent this year, and leaders such as Hindustan Unilever, whose shares have risen 18 percent.

Since its listing in 2016, shares of Varun Beverages have delivered positive returns to shareholders every year.

In November, Varun Beverages Ltd. agreed to invest 26 percent in Clean Max Tav Pvt. Ltd., a special purpose vehicle (SPV) engaged in, among other things, the supply of solar and wind energy to consumers in Karnataka. The SPV has not yet started operations.

Last week, Nuvama Alternative and Quantitative Research announced the possible inclusion of Varun Beverages in the Nifty Next 50 index.

The Nifty Next 50 index is slated for revision in March 2023 as part of the semi-annual rebalancing of the Nifty indices.