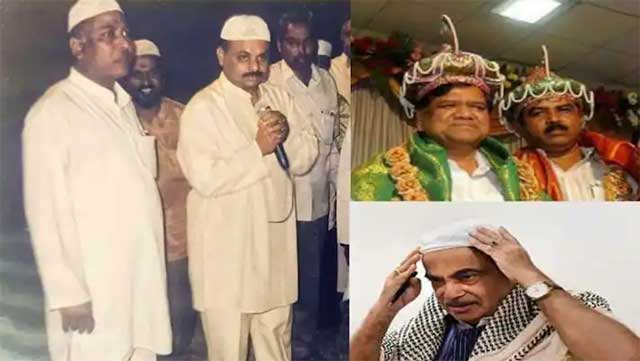 The Congress has tweeted an old photo of CM Basavarj Bommai, who participated in a Muslim program and asked if he can be called Bommaiullah Khan based on the outfit in the photo. Also, photos of Gadkari, Ashok and Shettar were tweeted and asked if they can be called Muslim names.