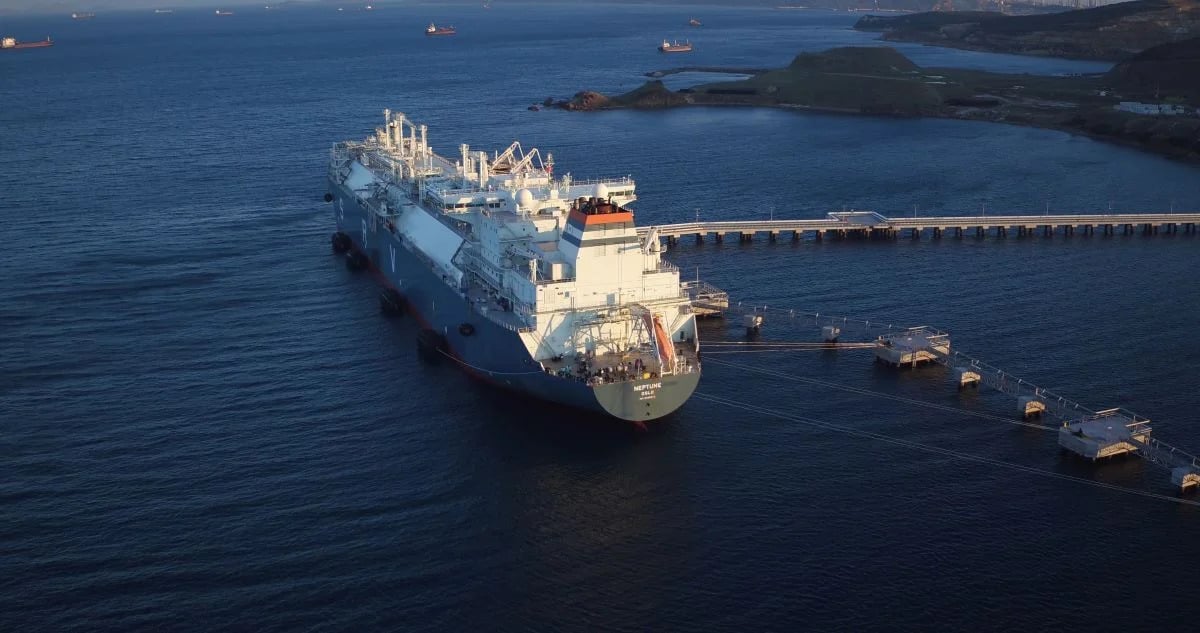 The floating storage and regasification unit (FSRU) Neptun has arrived at the industrial port of Lubmin in Germany, signaling that testing of the country’s first and so far only privately funded LNG terminal may begin soon.

Deutsche ReGas, the developer of the Lubming LNG terminal, announced that the FSRU Neptune entered the port on December 16 to take its place on a specially prepared quay.

Deutsche ReGas has chartered FSRU Neptune from the French energy company TotalEnergies under an agreement signed in July this year. LNG terminal in Lubmin September 20.

On November 23, the FSRU arrived at the port of Mukran, where it was being prepared for the final transfer to Lubmin. This included reducing the draft of the FSRU from 9.6 meters to approximately 5.2 meters and installing a pipe adapter to ensure a precise connection of the FSRU to the onshore system.

Stefan KnabeThe Chairman of the Supervisory Board of Deutsche ReGas said that after the arrival of the FSRU Neptune was properly moored and immediately connected to the onshore connection line, thanks to which the company can start the first tests of the LNG terminal.

Knabe added that the goal is to deliver the gas as soon as possible, explaining that commissioning can only take place after obtaining all the necessary permits.

According to him, the company still expects the terminal to be commissioned in December. Initial plans were to start operations at the beginning of this month.

However, the launch was postponed by several weeks due to pending approval procedures.

As it was reported at the time, all technical precautions had been taken, but the operator still lacks two permits – formal approval by the European Commission of the exceptional permit of the Federal Network Agency for the terminal and an operating permit.

After the start of LNG deliveries, the terminal is to deliver up to 4.5 billion cubic meters to the German transmission network. gas per year.

If permits are obtained quickly, the terminal in Lubmin could become the second operational FSRU terminal in Germany, after the newly opened Wilhelmshaven terminal.