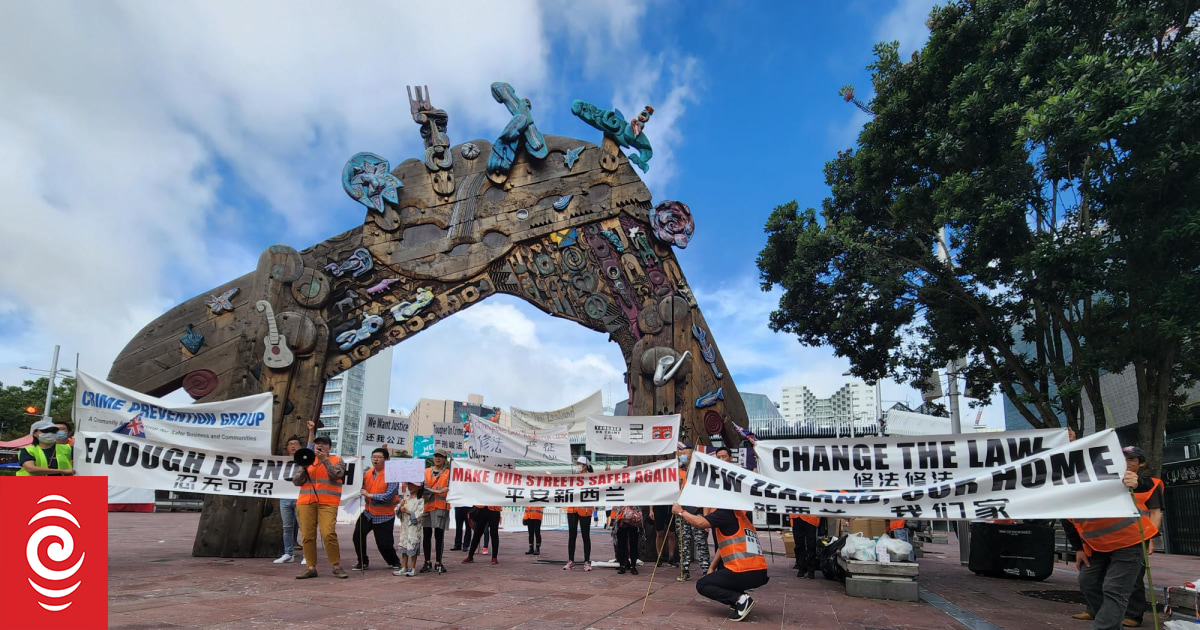 The Chinese are protesting in Auckland against what they say is rising crime.
Image: RNZ / Mohammad Alafeshat

Chinese citizens are marching in Auckland this morning to protest what they say is rising crime.

Hundreds of protesters gathered outside Aotea Square, calling for tougher action on crime.

Protest organizer David Young said the Chinese community had been heavily targeted throughout the year and was severely underrepresented.

“We’ve seen recent protests from the Indian Community and it’s encouraged us to want to do more,” Young said.

“Women are afraid to walk alone in these streets because their handbags may be taken away or they may be harassed.

“Chinese shop owners tell me that this year is the most insecure year, the Chinese community can’t take it anymore.”

The march would continue towards Queens Street and end at Britomart Train Station.

Many supermarkets across the country closed their shops for two hours last month in protest at the rise in theft and in solidarity after 34-year-old Janak Patel died at work in what was described as the worst robbery at the Rose Cottage Superette in Sandringham.

And yesterday, a Hamilton dairy worker had two fingers amputated in a violent robbery.

The owner of Irvine St Dairy, Puneet Singh, said four men entered the dairy at 7:20am when his employee had just opened the shop, one carrying a knife.

Singh said his employee tried to run to the back room but one of the men chased him and attacked him with a knife.

“This knife hit my employee’s hand and the fingers fell to the ground, two fingers,” he said.