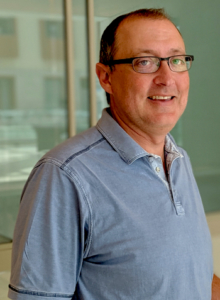 BIG IdeaBounce® has become one of the must-have entrepreneurial challenges for student founders looking to turn their startup ideas into reality. The contest to showcase the elevator at the University of Washington’s Olin Business School started a few years ago. This is the second year Poets and Quantums teams up with Olin in a contest with one of the biggest cash prizes available: $50,000 for the winner and cash prizes for the runner-up.

Last year, 167 entrepreneurs and their founding teams competed for the grand prize at Olin’s BIG IdeaBounce®, competing against each other in a tank-and-shark competition. Representing over 55 universities, these teams came from all over the world, including India, Nigeria, Ghana, Belgium, Spain, England and Canada (see the video above for a taste of last year’s competition).

The competition is open to all current undergraduate and graduate students or anyone interested in obtaining a Business School Diploma (enter here). The competition consists of three rounds, starting with submitting an idea in an easy-to-fill online form, which is open until January 15, 2023. After that, the top 20 teams will be asked to submit a two-minute introduction video. Finally, the top three teams will present their business plans to a panel of judges at the University of Washington’s Olin Campus in March.

“WE HOPE YOU ALL WILL MAKE US EASY!”

Doug Villhard, Academic Director of Entrepreneurship at Olin Business School, which has been ranked #1 by Poets & Quants for the Best MBA for Entrepreneurs three years in a row, notes that this is only the second time Olin has opened its BIG IdeaBounce to students from outside Washington University.

“We are thrilled to host the second year of WashU Olin’s BIG IdeaBounce® $50,000 program powered by P&Q,” says Villhard. “Last year was a lot of fun for the students, judges and our team at Olin. Again, we expect to receive excellent submissions of business ideas from students around the world. We hope you will all make it difficult for us!”

Last year’s participants certainly did. Just narrowing down the nearly 170 entries to a dozen finalists was a tedious task. Business ideas ranged from conceptual to some already generating revenue. Many of the ideas focused on specific markets, from souvenirs for those suffering from Alzheimer’s and dementia to an ingenious power source for cyclists to keep them safe and connected. Some were very complex and required sophisticated engineering and design; others were clever but simple ideas for solving market gaps. They were all well thought out, thoroughly researched, and staffed with teams that could make their founders’ dreams come true.

The ultimate winner: PedalCell, which creates a bicycle power source that mounts in minutes to almost all bicycle designs. The co-founders of the company met in 2015 as first-year students. Budeli, a real estate technical facility that provides free food delivery to high-end tenants, won the Poets&Quants Audience Award.

“We can’t wait to host three of the best teams on campus and shoot a high-quality TV show with our amazing judges returning for their second year,” adds Villhard. “Olin is proud to consistently rank very highly in the MBA Entrepreneurship Rankings by Poets & Quants, Bloomberg Businessweek, Princeton Review, and others. As a result, we attract students who exude an entrepreneurial spirit. This competition is a way to celebrate not only our students, but also all the other great ideas that MBA students around the world are working on.”

Personalized feedback from a panel of trainers

In order to invite as many potential entrepreneurs as possible, Olin has simplified and facilitated entry into the contest. “It’s just the basics to understand the idea behind the team and the elements that make it up,” adds Villhard. “And then on January 15, a panel of judges will go through those entries and we’ll comb them from there to pick around 20 to make us a two-minute elevator showcase. From there, we’ll move on to the three bands that will be performing live in front of the judges in March next year.”

Teams will also benefit from in-depth coaching prior to their presentations. “These three teams will receive personalized feedback from a panel of serious judges and mentors,” says Villhard. “The winner will receive a $50,000 grant. At any stage of the business, but especially in this early stage, that $50,000 is a big deal. We can just push forward the next big unicorn to come out of a student project. We really think this event promotes an entrepreneurial spirit that certainly pervades here at WashU Olin, but there are people out there in the audience who have innovative ideas that don’t go away. This is an opportunity to share these ideas and receive confirmation. Should be lots of fun.”