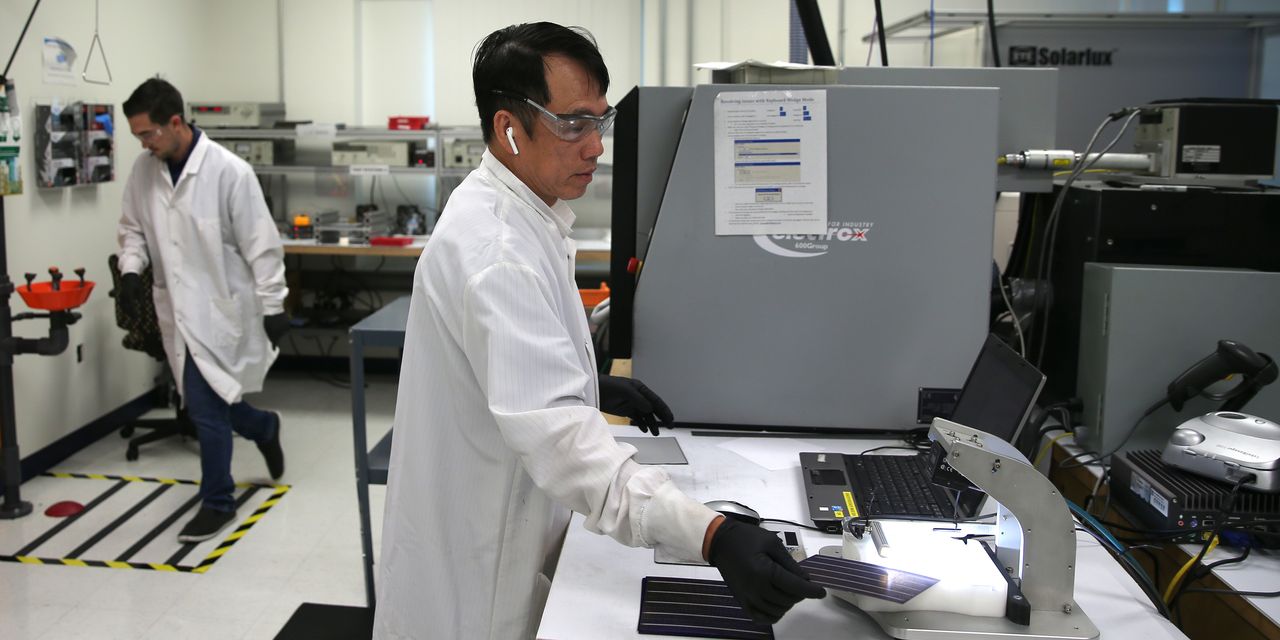 A start-up backed by investors including Bill Gates is racing to build what could be the first silicon wafer fab for solar panels in the US, the latest example of the impact of recent legislation offering tax breaks on green energy projects.

Silicon wafers are a key part of the solar energy supply chain, with China controlling 97%. There are currently no factories producing wafers for solar panels in the US, and the Department of Energy has said building them should be a priority as they could encourage faster growth in other parts of the solar power manufacturing industry as well.

CubicPV Inc., a Massachusetts-based start-up, plans to build a plant by 2025 that will be able to produce enough material for 10 gigawatts of solar panels a year – enough to power about 80% of the large-scale photovoltaic projects installed last year – on cost about $1 billion, said Frank van Mierlo, the company’s CEO.

The most important news in the technology industry.

This is a big challenge for a closely related company that has historically focused on the development of new solar technologies and has raised a total of about $200 million since its predecessor, 1366 Technologies, was founded in 2008. CubicPV was formed last year when 1366 merged with the Texas-based division of Hunt Energy.

However, solar wafer makers will be supported by the Clean Energy Act passed in August, which offers tax breaks that Mr van Mierlo estimates to be around 5 cents per watt produced, or $500 million a year for a plant the size planned by CubicPV. He said that was enough to keep CubicPV tiles competitive with the lowest-cost commercial manufacturers.

largest US producer of solar panels. It has hired executives with manufacturing experience, signed a contract with an engineering firm, and is in talks with potential buyers interested in purchasing its tiles, van Mierlo said. He said that if all goes well, the company will choose a location for its plant next month and start construction in the middle of next year.

With virtually all of the world’s wafer capacity in China, “anyone starting in the United States today would essentially be a start-up,” he said.

CubicPV’s biggest challenge is ensuring a smooth start-up of the factory, Mr van Mierlo said, as the company has not been involved in the production of tiles on such a large scale before. CubicPV and its sponsors also have work to do to raise funding, said Carmichael Roberts, head of Breakthrough Energy’s investment committee and the fund’s chief policymaker for CubicPV. He said Breakthrough Energy is helping secure funding and expertise for the plant.

“There was risk in every one of our businesses,” said Mr. Roberts. “That’s why this job is so important – helping along the way.”

The market for U.S.-made solar tiles is potentially large, especially as demand for renewable energy accelerates under the Biden administration’s aggressive targets. Almost all of the world’s solar tiles are made in China. But since 2014, China has imposed heavy tariffs on solar silicon made in the US, effectively closing that part of the supply chain to them.

Most solar panels in the world are made of silicon, which is formed into ingots and cut into thin wafers that can be chemically treated, cut into squares called cells, and inserted into the frame of the final product. This element for the production of ingots and wafers consumes a lot of energy, making it one of the most expensive elements of the solar energy production process.

CubicPV has long been looking for a new wafer technology that combines these two steps into a single process, but has yet to be commercially deployed. To reduce risk to the US plant, CubicPV will use conventional ingot and wafer technology, van Mierlo said.

Solar cell manufacturers are hungry for U.S. tiles, especially as U.S. solar developers can earn more tax breaks if they use panels made from domestic materials. The U.S. could also impose heavy tariffs on solar cells and panels made of Chinese wafers by Southeast Asian manufacturers, which now supply most of the panels in America, according to analysts. The Commerce Department issued a preliminary finding earlier this month that some Chinese solar cell and panel makers that used Chinese wafers circumvented US tariffs.

Write to Phred Dvorak at phred.dvorak@wsj.com