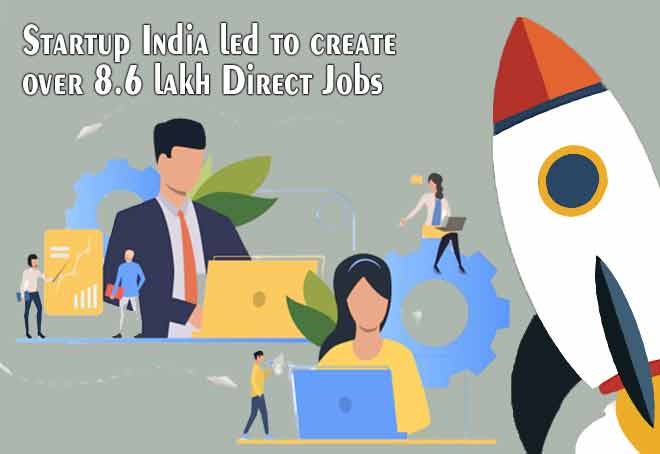 New Delhi, December 17 (KNN) Since the launch of Startup India in 2016, the Department of Industry Promotion and Domestic Trade (DPIIT) has recognized that startups have self-reported the creation of over 8.6 lakh direct jobs as of November 30, 2022.

The government, with the intention of building a strong ecosystem to nurture innovation and startups in the country, launched the Startup India initiative on January 16, 2016.

Approximately 84,012 entities have been recognized as startups nationwide by the DPIIT as of November 30, 2022.

From year to year, there was an increase in the reported number of jobs created by recognized startups.

To achieve the goals of the initiative, the government presented the Startup India Action Plan, which laid the foundations for government support, programs and incentives envisaged to create a vibrant startup ecosystem in the country.

The Action Plan consists of 19 action items covering different areas such as ‘Simplify and Lead’, ‘Financial Support and Incentives’ and ‘Industry-Academia Partnership and Incubation’.

Pursuant to the eligibility conditions set out in the GSR 127(E) notification dated February 19, 2019, entities are recognized as startups under the Startup India initiative by the Department for the Promotion of Industry and Domestic Trade (DPIIT).

The government has taken a total of 26 publicity actions in electronic media and other means of communication to popularize startups among young entrepreneurs in the country. (KNN Office)