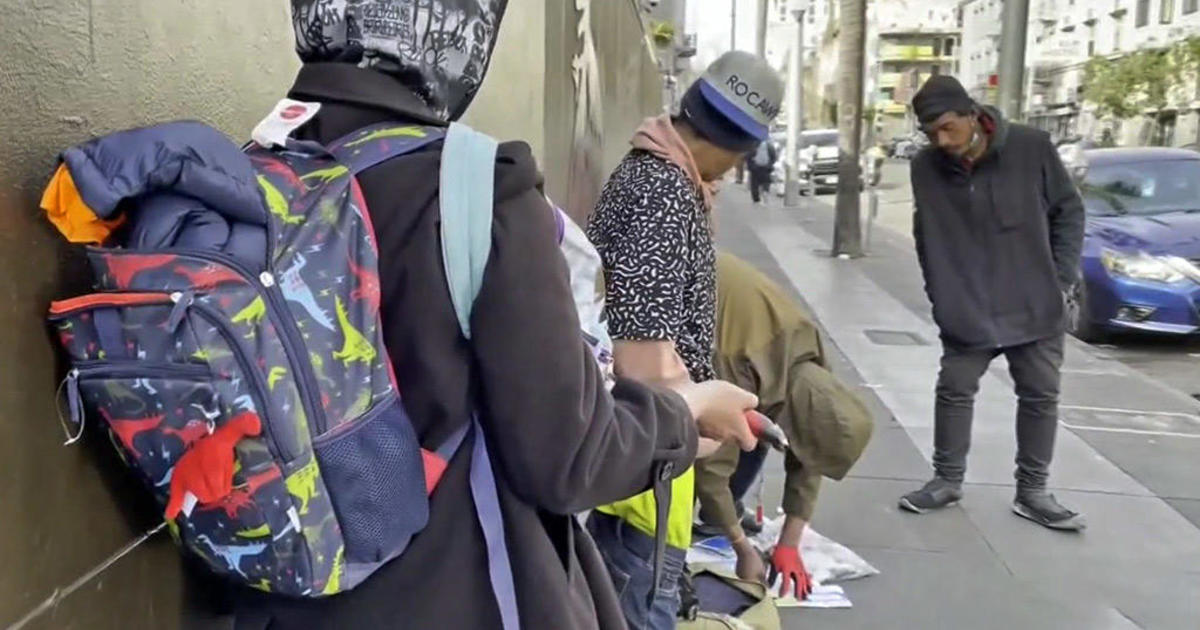 SAN FRANCISCO – There is increasing demand from business owners in San Francisco’s Tenderloin District for the city to reclaim their tax dollars.

They say that the city has failed to protect their community, leaving their income to the brink.

Small business owner Eman Diab and about 150 other property owners have signed a petition seeking a refund of their sales and property taxes.

Diab, a Palestinian immigrant, opened his snack and sandwich shop in 2013 with joy, love and hope.

“I was happy because it’s what I love,” said Diab, owner of Da Hot Spot Cafe at the corner of Turk and Jones streets.

Nine years later, the condition of the Tenderloin took much of that passion out of him.

“Yes, I regret, I regret (from) the bottom of my heart, but, the issue is, I invested a lot of money (too much) so I can’t stop,” said Diab.

He updated the interior of the business twice and changed the menu twice but, during the Friday lunch hour, few customers came.

His stories are not internal. It’s foreign. Road dirt and road litter.

“We’re not making – not just profit – we’re not making (money) here,” Diab said. “Sometimes, we can’t open the doors because the traffic of the homeless (people), needles. They are shooting, so you can’t even talk to them (because they are high). We have to move them.”

It was last year when the mayor of San Francisco, London Breed, in a tough talk, declared a state of emergency and vowed to destroy the drug market.

A year after the press conference, those who live and work in the Tenderloin say little has changed in their community. Some think that things have become chaotic.

“Visitors are starting to come back but they just look and feel disgusted,” said James Inglis, a longtime Tenderloin resident.

Besides getting their tax dollars back, the newly formed Tenderloin Business Coalition has called for the town’s crackdown on drug trafficking.

London Breed’s office said the mayor met with county officials earlier this week to remind police that they have support from the city to arrest drug dealers.

Eman hopes there is real action this time and not empty words.

“We need more support from the police,” said Diab.

The Tenderloin Business Coalition says they heard from the mayor’s office and planned to meet with them in January. They want the city to come up with a plan to restore public safety so that people feel safe living, shopping and working in the Tenderloin.

Da Lin is an award-winning reporter at KPIX 5 News. He joined KPIX 5 in 2012, but has been reporting in the Bay Area since 2007. Da grew up in Oakland, and before returning to the Bay Area, spent five years covering news for three other television stations in Texas, Southern and Central California. He also spent five years reporting for KRON 4.