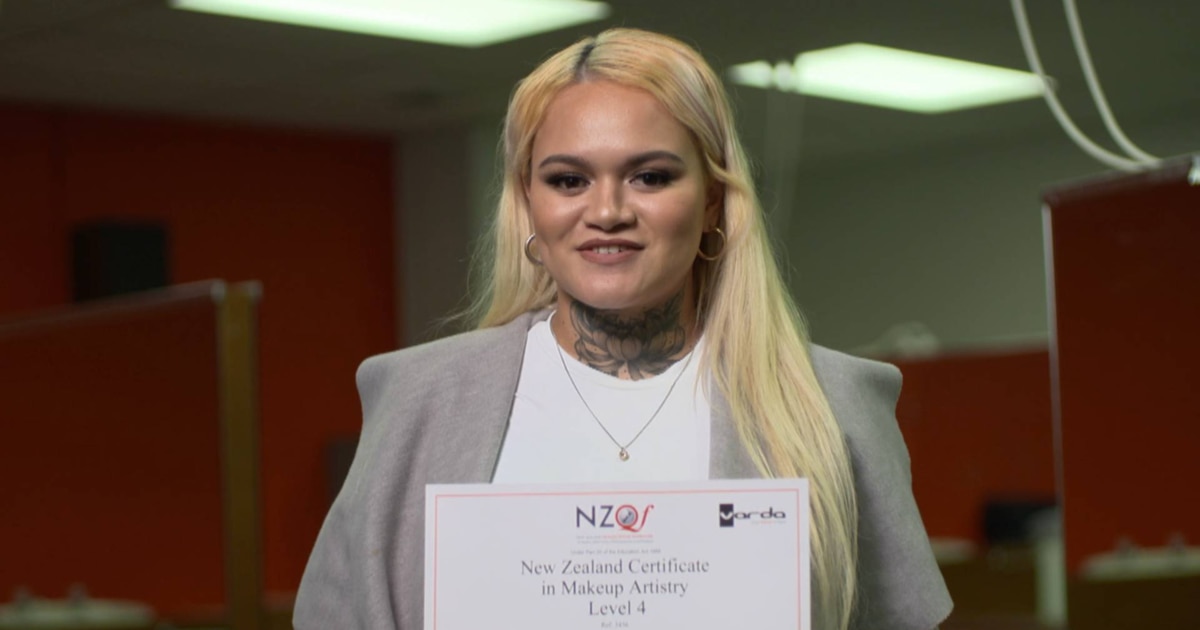 “I’m looking forward to getting out and changing my life” were the words of 17-year-old Nanaia Bishop, whom TVNZ senior reporter John Campbell met again four years ago – a young offender who managed to break the cycle.

The likelihood that an offender has offended a young person in the past is alarmingly high, and statistically they are likely to offend again.

When John met Nanaia, who was in a juvenile prison for a serious robbery and car theft, four years ago he told her he wanted something more: “I’m looking forward to getting out. And um, change my life… beauty therapist,” he said.

His childhood had always been violent and he had ended up in a place where others were irreparably broken.

And today, four years later, Nanaia is a creative artist.

Nanaia was victorious. As John says: “The girl did wrong [became] a woman who does good.

Watch the full story above, and read John Campbell’s interview with the teenage rams. is it.