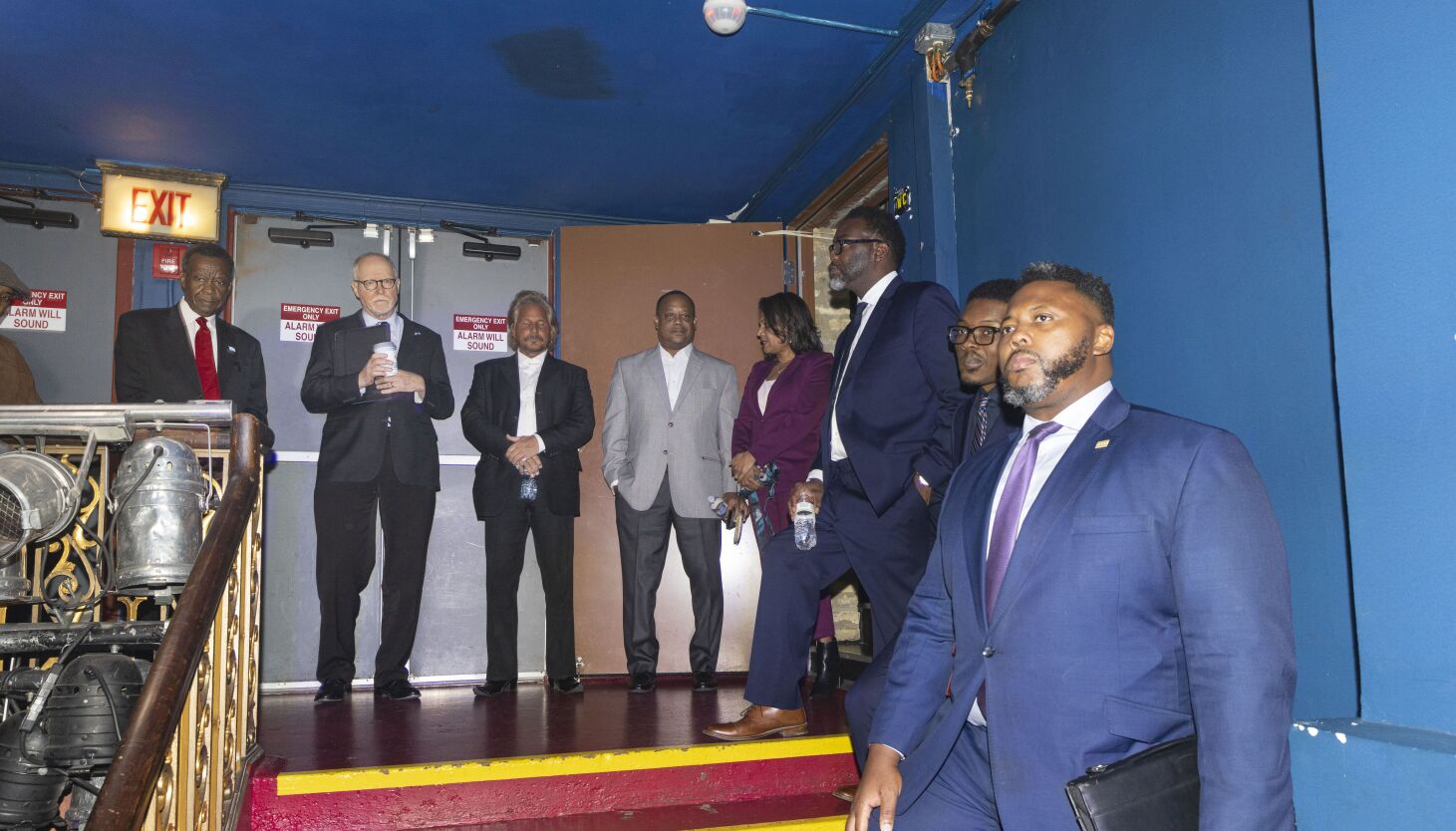 Eight of the 12 candidates running for Chicago’s next mayor discussed everything from taxes to the environment at a forum on the Northwest Side Tuesday night — but they spent most of their time talking about crime in the city, often returning to the topic. when answering questions about other things.

All the candidates agreed that changes are needed to make the city’s roads safer, but they often did not see eye to eye on what exactly needs to be done.

Another point of disagreement came over the controversial Chicago Police gang database and whether it should be updated or thrown out altogether.

Former CEO of Chicago Public Schools, Paul Vallas, said the department needs to keep the information tool — but fix it.

“I believe it should be so.” [preserved], but it needs improvement and development,” said Vallas. “There’s a lot of people out there … they’re all saying things that can be done to improve the database.”

But the activist, Ja’Mal Green, said the city should invest in programs to protect children from becoming involved in gangs.

“The house of criminals must be removed. We spend too much time and energy [on] … systems not working. … If we don’t start investing in the next generation, what they’re going to do is go back to the streets.”

The forum was held at the Copernicus Center and moderated by Ben Joravsky of the Chicago Reader. It featured questions from residents, reporters, union members and others, according to the 38th Ward Democratic Organization, one of the groups that helped organize the event.

Mayor Lori Lightfoot and US Rep. Jesus “Chuy” Garcia, D-Ill., did not participate.

In addition to crime, voters answered questions on issues including the environment, addressing homelessness, Chicago Public Schools and taxes. But many of the answers revolve around public safety and that the reform could improve some of the problems facing the city.

When discussing the revival of the CTA, Vallas said fraud is a major issue facing the agency. He said that the most important thing is to take private security contracts and use the money to hire more police officers and station them in stations throughout the city.

“The way you renew the CTA is to make sure it’s a safe way, it needs to be guaranteed,” Vallas said.

And when asked about companies like Boeing moving their headquarters from Chicago, representative Johnny Logalbo said companies won’t stay in the city if it’s not safe.

“Our obligation is to protect these companies and their employees, so they want to stay here,” he said.

The two-hour long meeting did not yield much of a fight, but Cook County Commissioner Brandon Johnson hit out at millionaire businessman Willie Wilson when he argued that “those who make a lot of money should pay their fair share of taxes.”

Johnson said the “wrong thing” is that Wilson “pays the same tax as the renter in this building.”

Others cheered and clapped, but Wilson just laughed.

Another point of disagreement between the candidates came when a question was asked about the police, Mr. Wilson saying that the police are reluctant to do their job.

“I believe that there are too many rules for our police. I believe they can’t do their job when they found, 20 different rules and regulations. We must use common sense. “A police officer who sees a crime can’t go after the person who committed it — it makes no sense,” said Wilson, referring to the police department’s new fingerprinting policy.

But Rep. Kam Buckner, D-Chicago, said the problem was not so much attention, but rather having the wrong people looking after it.

Other candidates who participated in the forum include Ald. Sophia King (4th) and Ald. Roderick Sawyer (6th). Like Lightfoot and Garcia, Chicago Police Officer Frederick Collins did not attend.