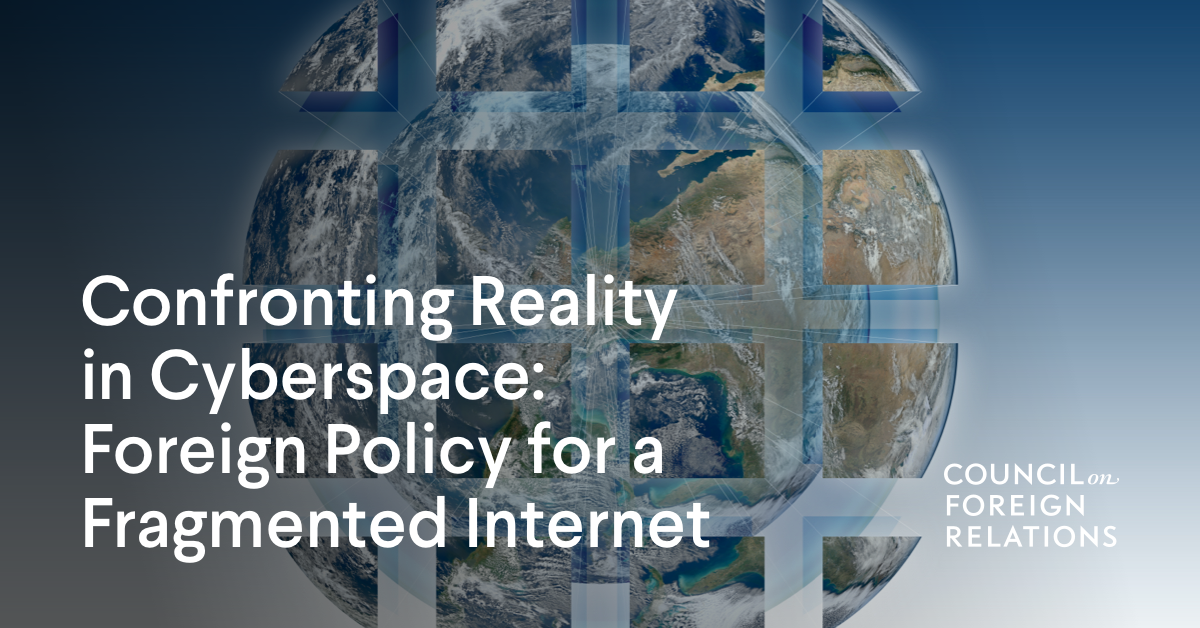 The global Internet—a vast matrix of telecommunications, fiber optics, and satellite networks—is largely a creation of the United States. The technologies that underpin the Internet grew out of federal research projects, and US companies innovated, commercialized, and distributed the technology around the world. The basic structure of the Internet—reliance on the private sector and the technology community, relatively easy oversight, and the protection of speech and promotion of the free flow of information—reflects American values.

In addition, US strategic, economic, political and foreign policy interests were served by an open global Internet. Washington has long believed that its Internet vision will succeed and that other countries will be forced to adapt or miss out on the benefits of a global and open Internet.

The United States now faces a very different reality. The overall vision of an open, reliable, and secure global network has not been achieved and will likely never be realized. Today, the Internet is less free, more fragmented, and less secure.

Countries around the world now use a large degree of control over the Internet, to process geographic data, block and moderate content, and launch political influence campaigns. States are conducting massive cyber campaigns, and the number of disruptive attacks is increasing. Adversaries are making it more difficult for the United States to operate online. Parts of the Internet are black markets for vandalism, crime, theft, and fraud.

At the same time, the modern Internet remains the backbone of critical infrastructure for people around the world. It is the main artery of global digital commerce. It has broken down barriers to information sharing, supported grassroots organizations and marginalized communities, and can still serve as a form of resistance under repressive regimes.

As the Internet of Things (IoT) grows in the coming years, the next iteration of the network will connect tens of billions of devices, digitizing every aspect of daily life, from heart monitors and refrigerators to robots and agricultural methane. carbon emissions.

The United States, however, cannot capture the benefits of innovation by continuing to pursue failed policies based on an unrealistic and outdated vision of the Internet.

The United States needs a new strategy that responds to what is now a fragmented and dangerous Internet. The Task Force believes it is time for a new cyberspace foreign policy.

The main findings of the Task Force are as follows:

First, Washington must face reality and assemble a coalition of allies and friends in an Internet vision that maintains—to the greatest extent possible—a reliable, secure international communications platform.

Second, the United States should balance the diplomatic and economic pressure that is more directed at its adversaries, as well as disruptive cyber operations, with clear statements about self-imposed restraint on certain types of targets agreed upon among US allies.

Third, the United States needs to put its proverbial house in order. That requirement requires Washington to coordinate its digital competition policy with the broader enterprise of national security strategy.

The main recommendations of the Task Force are as follows:

A free, global, and open Internet was a valid aspiration that helped guide US policymakers in the Internet’s first three decades. The Internet as it exists today, however, calls for a rethinking of US and foreign Internet policies to address these realities. The Task Force believes that US goals going forward will be more limited and thus more achievable, but the United States needs to act quickly to design strategies and tactics that can address the immediate threat.